This may be the best time to sell according to James Wong. That’s not a unique opinion…. what is unique is that he’s a Realtor.

Amazing how few people are troubled by this chart… 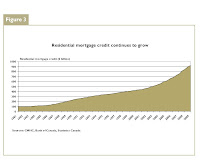 “OTTAWA – Bank of Canada governor Mark Carney has repeated his concern that Canadians may be getting in over their heads in the purchase of homes, saying the government has ways of slowing the market. Carney told a Senate committee Wednesday afternoon that the central bank is conducting an analysis of whether Canadians are taking on too much debt, particularly in buying homes. ” So, excessively low rates, predatory lending — and in a strangely roundabout way the taxpayer again on the hook: although this time via the CMHC instead of a bank bailout. Bubbliscious

According to Jeff Attwood SSDs have now come of age…. this is going to be big

GM’s board of directors was “utterly docile in the face of mounting evidence of a looming disaster” and former GM chairman and chief executive Rick Wagoner set a tone of “friendly arrogance” that permeated the company, Rattner wrote.

Garth Turner: “If I want to buy that $400,000 house and have $200,000 for a downpayment, why am I paying the same mortgage interest rate as the first-timers who barely have pizza money? Don’t they constitute a larger risk? Where’s the risk premium on the money loaned to them? Why is this system so screwed up that ultra high-risk borrowers have money showered upon them by our famously conservative and prudent banks?” Posted on October 9, 2009 by admin
Posted in General IT | Leave a comment

Global view of the housing bubble from McKinsey

The olympics will save us….

Apparently a lot of smart, wealthy Asians and Americans who adore the 6 months of rain, prohibition-era liquor laws, visible poverty and generally over-regulated nanny state known as the Cty of Vancouver, will soon move here and buy bucket loads of real-estate to ensure that our little bubble keeps right on going. Oh, and while I think of it, I’ve also got a great little piece of land in Florida you might be interested in….